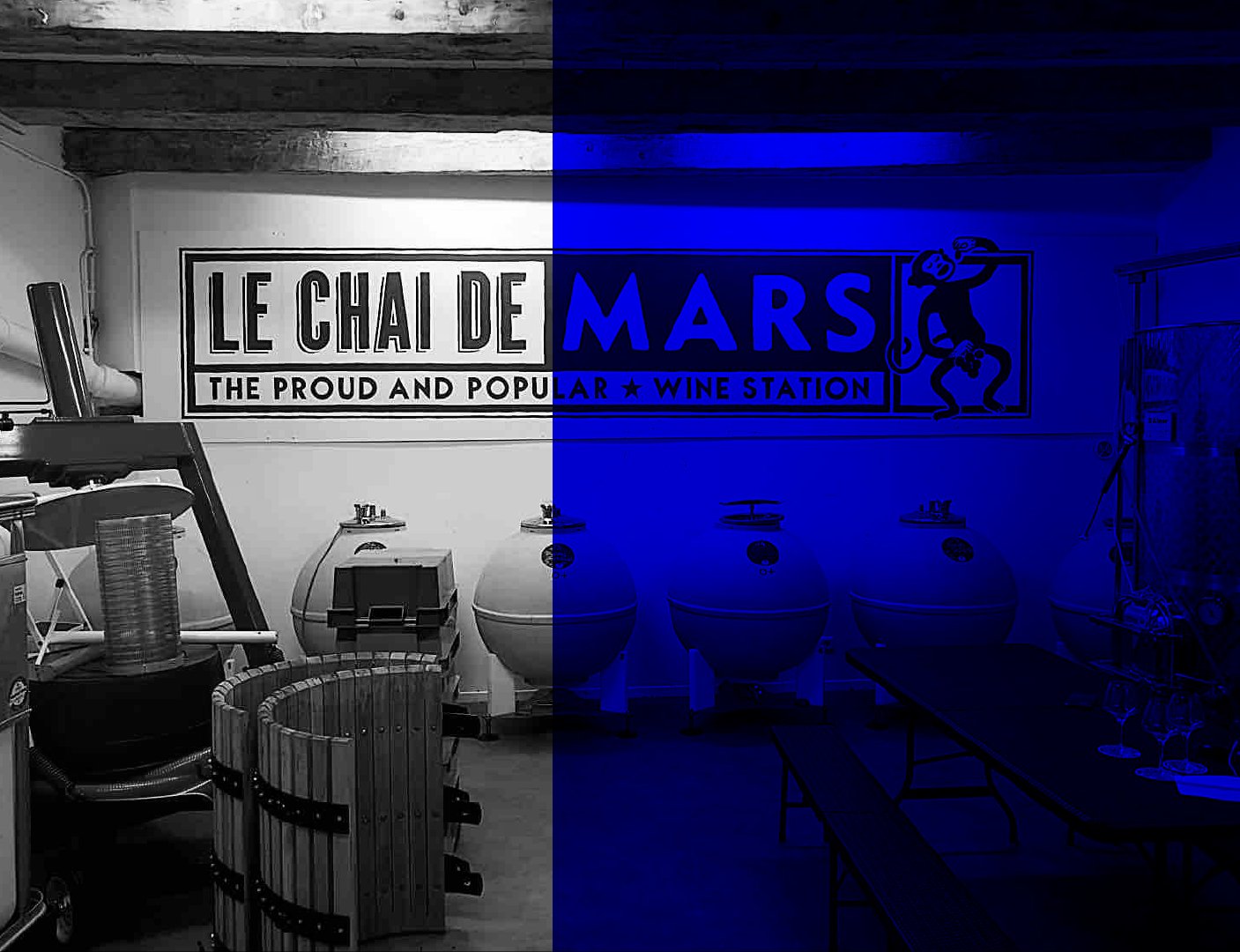 In 2021, the company acquired small premises beside the Vieux Port in Marseille to establish its own wine cellar. Eight tanks – six sandstone jars and two stainless steel vats – were installed to process freshly harvested grapes. This urban winery will offer its first cuvée in early summer 2022.

Beyond our current wine production line, Mars Wine Station plans to go further and plant its own vines on the soil of Marseille itself. Within a few years, we aim to bring you the first and only genuine wine MADE IN MARSEILLE!

A conversation with Maud Blanchard, oenologist and partner of Mars Wine Station

Maud joined the team as a wine expert. She was involved in the installation of the winery and the creation of our new cuvée.

I like Mars Wine Station’s ambition to revive farming in the city of Marseille.
Producing wine in Marseille is a crazy project, but actually a logical one. Few people know it, but Marseille was in fact the cradle of viticulture in France. The idea of reviving this tradition is very thrilling.

How did you make the new wine produced in Marseille ?

We first selected organic grapes and hand-picked both Syrah and Grenache from a vineyard in northern Provence which has clay-limestone soil covered in pebbles.
For this first vintage, we did a late harvest to get great concentration.
The wine was then produced and aged in sandstone jars we imported from Italy, offering a nice oxygenation and well-integrated tannins.

After 9 months of maturation, the first batch was due to be bottled in early summer.